by bsamu1
I just picked up a some 1930's Cracker Jack Invoices that I thought were interesting. Some have an N.R.A. member stamp but I'm not sure if they were stamped by someone at the Cracker Jack Co. (see picture) Anyone have any Idea? I have a few extras if anyone is interested in trades,or sale. Wow, who wouldn't want to buy a case of Mystery Cracker Jack boxes for $2.95 a case. If only I could go back in time.

by gsullivan
Thanks for sharing Bruce. It is interesting to see the invoices. I have a few invoices and none of them are stamped in that way. Not only would I enjoy the price on the invoices, but the prizes would be a treat to go back also! Enjoy! Gail

by Luke
I live a few miles away from the address of the Cigar Co. printed on the invoice. I wonder if the building still exists? I should dig out the old camera, and do a field trip next week.

by Luke
I was hoping that the building that the Broockmeyer Cigar Company would still be there. Sadly it's been replaced by a convenience store / gas station.

It's very close to the St Louis Arch. 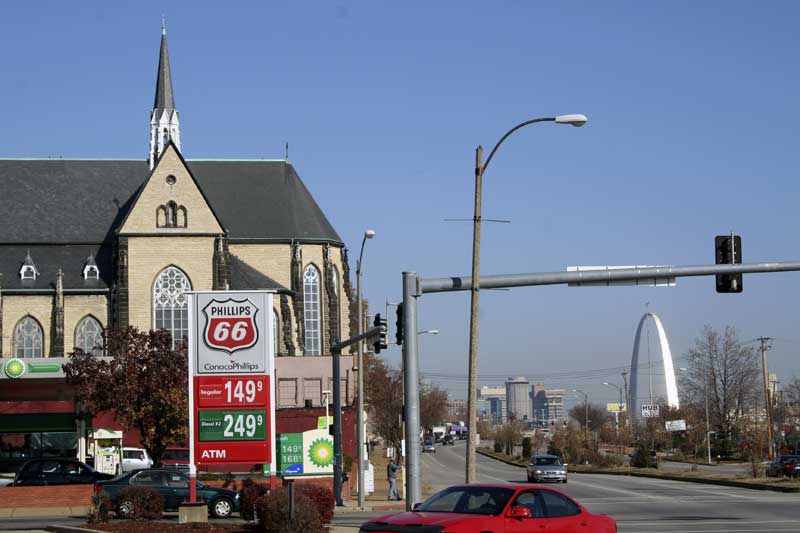 by larrydw
I'm pretty sure the NRA stands for the National Recovery Administration and not the gun-toters. Like others have said, I would love to see the prizes. I checked Wikipedia for National Recovery Administration and they show it was started in 1933, basically forfair competition and wages under Roosevelt's New Deal. The emblem was displayed by any businesses which adhered to the non-mandatory guidelines. Those businesses that did not display the NRA symbol were often boycotted.
All times are UTC-06:00
Page 1 of 1
Powered by phpBB® Forum Software © phpBB Limited
https://www.phpbb.com/